4 Counterintuitive Hacks To Court the Champions of Your Industry

OMG! You gonna go completely crazy. Isn't it? Why? Because, now, you could almost be sure that your book sales would skyrocket. You could be a world celebrity overnight.

Well, that's the power of industry champions. A simple word from their mouth, about how good or how great your product is good enough to draw eyeballs, financial windfalls, and more. That said, it is not that easy to court champions, commonly referred to as the “influencers” in the industry lexicon, to promote your product and services. Why?

Here is the problem: Influencers are very picky about what they promote these days. More so, with hundreds and thousands of such requests flooding their inboxes, day in and day out, making them more pickier than ever before. Yes, everyone wants a piece of these champions today. (Maybe, over a period of time, you may even feel that climbing Mount Everest would have been a better off experience than getting an influencer on board to evangelize your product.)

Regardless of the many difficulties involved in roping in the right influencer, be assured this is a superior marketing strategy over traditional strategies. Why?

Check out these stats and facts that suggest why Influencer marketing is the best go-to strategy for product promotion:

#1. As per the past 30-days stats from  Google Trends, Influencer Marketing Towers Over Traditional Marketing Strategies such as Print Advertising and Video Advertising, significantly.

#2. As per a recent survey, 84% of marketers are looking to launch at least one influencer campaign in the next 12 months. 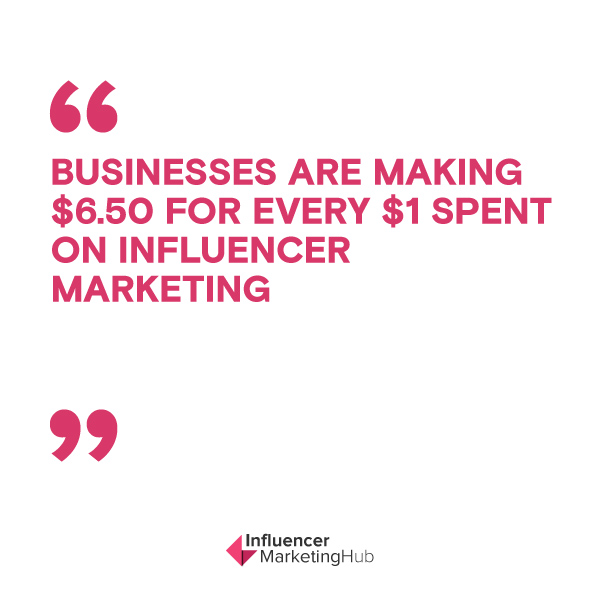 Going by the growing importance of Influencer marketing, it has become all the more important for businesses to roll-up-their sleeves and dig into their social media networks to figure out the top macro or micro-influencers in their respective domains who could draw in the required traction for their brands.

But then, as I mentioned earlier, the question is, why would an influencer promote your brand when he has enough and more on his plate? In fact, one should take it for granted that your request email will be trashed in no time.

But, here’s the kicker:I have managed to catalog some counter-intuitive hacks that are sure to help you draw some pre-champions on board, if not the champions.

Twenty-five year old Adam Lyons, a college dropout, with an industry-disrupting idea up his sleeve – The Zebra an insurance rate comparison company - decided to roll up his sleeve and cold email his investor idol Mark Cuban.

Guess what? It worked.

Cuban got back within 20 minutes. And after a couple of prompt email exchanges, Cuban was on Zebra’s board. If you ask what actually worked in Lyon’s favor, then it was his email’s compelling subject-line “Wanna disrupt the insurance industry?” that happened to grab Cuban’s attention right away.

More importantly, Lyon was aware of Cuban’s choice of emails over meetings. So it was up to him to grab Cuban’s attention, via a compelling email subject line and copy. It goes without saying, he did manage to do that.

Today, Zebra has managed to raise $21 million and has got over 70 employees working for them.And, let me assure you, it all began with a cold email shot to a top industry influencer. 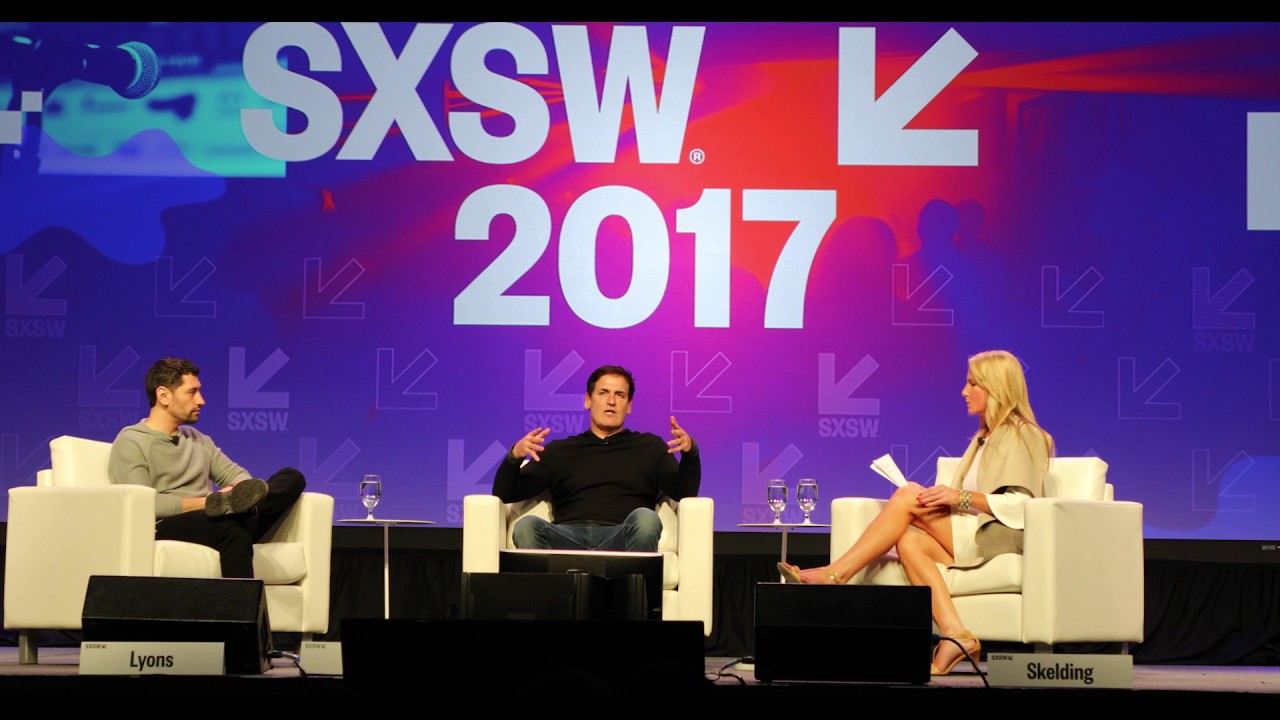 Harvard Business School students Katia Beauchamp and Hayley Barna applied this same persuasive strategy while building their startup Birchbox. Backed by a striking subject line “Reimagining beauty retail online,” and equally compelling copy, the duo shot cold emails to all the big shots in the beauty industry. The result? Birchbox was able to attract bigger brands on board for their online subscription-based beauty business. Investors followed.

Just like The Zebra, Birchbox followed the old school formula of coming up with a compelling email subject line. The strategy worked for them as well. Aside from the subject line, what actually worked in the student's favor was the email copy that said:

"Do you have five minutes to give me advice?"

As it turned out, this emotionally-rich line seeking mentorship worked its way to a good number of macro-influencers' heart helping them green flag their project.

According to the Birchbox CEO Katia Beauchamp:

The students had requested five minutes of mentorship, which the brands weren’t comfortable refusing. Huh! No seeking big favors? Nor free products? Yes. They had simply requested for some free advice.

Sure enough, these Harvard students got more than they had actually bargained for.Or, they simply happened to get what they were actually looking for?

Ready to leverage cold emailing as a critical strategy to attract influencers on board?

Here are a few tips which might help you do so:

#2. The first step, in a way, makes sure you know the influencer ‘just enough’ to personalize your emails.

#3.Work on your subject line. The CEO of The Zebra used an eye-grabbing subject line “Wanna disrupt the insurance industry,” which made sure Mark Cuban not only responded to his email but promptly got onto Zebra’s board as well.

#4.Keep the copy short and to the point. Don’t make the reader scroll your email down on their smartphones.

#5.Add a page with a lot more information; however, avoid attaching a complete business plan.

#6. "Ask for something that is pretty hard to say 'no' to," says Birchbox CEO Katie Beauchamp.Also, avoid asking big favors or free products. Seek advice. Beauchamp’s simple but emotional one line resonated so well with the recipients that it got eyes and things rolling for them.

#7. Send follow-up emails. It should increase your response rates and might as well get you that do-or-die ‘yes’ you are desperately looking for.

#8. Make sure you send your emails at an ideal time of the day.

Key takeaway: Writing cold emails is an art. Even a smart email subject line could open several doors for you.

As the name implies, pre-champions are champions in the making, in other words, micro-influencers. They are easier to target than the macro influencers of the industry.

The only thing to bear in mind while reaching out to pre-champions is that they should hold considerable influence among your targeted group.

They may not have a big follower count to boast off but should be good enough to make your product famous among a particular segment of the audience. Yes, when you are starting out it is incredibly important to think small. Why? Because the smaller groups have hyper-engaged audiences than larger groups.

I sense your eyebrows raising? But, here’s the thing:

“Engagement is the new impressions. It matters as much, if not more than someone’s reach.”

Kristy Sammis in a March 2016 episode of the podcast, Half Hour Intern

For instance, a beauty influencer may operate hundreds of cosmetic shops and beauty parlors and might as well have millions of followers. Contrarily, a beauty micro-influencer may have a thousand followers, but what actually makes her famous are her instructional videos on Instagram and YouTube that are attracting high user engagement. Decide, which is better? The one with million followers or the one with 1000+ highly engaged audience?

In the study, Markerly analyzed more than 800,000 Instagram users with a majority of them having at least 1000 followers. And this is what they found out:

Markerly's graphical breakdown of how likes and comments decline as followers increase.

Markerly suggests you go after micro-influencers with the Instagram following in the 10k-100k range. Even an Experticity study revealed that micro-influencers have 22.2Xmore conversions than a regular Instagram user.This is mainly because they are passionate and knowledgeable about their area of work.

Marc Ecko, founder of Marc Ecko Enterprises, a global fashion and lifestyle company came up with this unique “swag bomb” approach to get influencer attention.

The strategy is simple: Give stuff away for free to people who would like it.

Make no mistake. You aren’t mailing anything and everything to any random influencer. On the contrary, you need to put in the required effort, energy and creativity to nail down the right influencer for your industry and then, more importantly, you need to customize your package to suit the influencer taste.

Ecko apparently built his billion dollar business based on this brilliant strategy. As Marc’s says in this guest blog Marc Ecko’s 10 Rules for Getting "Influencer" Attention, “Our collaboration with George Lucas and the iconic Star Wars brand was a direct result of Swag Bomb strategy. I’ll go to my grave proud of the fact that George Lucas actually said–and this is a quote–“No one has made STAR WARS cooler than ECKO.”

The first influencer he happened to carpet bomb with his Swag Bomb strategy was Kool DJ Red Alert.Being a leading DJ of his time and with Rolling Stones going ga-ga about him, Ecko knew a shout-out from this DJ was just enough for his fashion company to get the required traction.

Regardless, instead of dialing up, Ecko spammed this DJ’s fax machine with “Echo Airbrushing” promos. It worked. On one fine day, Marc hears his name being shouted out on air. That is about it. Ecko was never the same again.

Sure, Marc had finally caught his dear DJ’s attention. But he didn’t stop there. He eventually becomes a perennial swag bomber as he started sending airbrushed hats, jackets and t-shirts to several offices of champs and pre-champs. He never asked for anything. He just made great stuff and sent them to the influencers he knew might appreciate it.

Key takeaway: A Swag Bomb, when done right, can lead to colossal amounts of PR, connections, and access in the longer run.

Tim Ferris, the author of 4-Hour bestselling series such as 4-hour Work Week, Tools of Titans, The 4-Hour Body, and The 4-Hour Chef, is known for his networking tours.

Ryan Holiday, the internationally bestselling author of Perennial Seller: The Art of Making and Marketing Work that Lasts, mentions a little secret that Ferris employs for promoting his books. The latter doesn’t believe in spending on advertisement or publicity. Instead, he travels from conferences to conferences, shaking hands with as many influential people he could meet, learning, developing relationships, and most importantly, doing favors for them.

Not surprisingly, his books have made it to the New York Times Bestseller list, and have been translated into more than 40 languages. Boom! Boom! Isn’t that a big number?

Now, how do you do that? A fashion company called Pretty Little Thing has turned the influencer marketing strategy on its head just by becoming a little more observant. Instead of requesting influencers to make a particular piece of their clothing popular they simply observed what the influencers were doing and then created matching, economical products.

In short: Kim Kardashian wears a latex dress, and Pretty Little Thing will come up with asimilar looking product and promote it on social media sites saying if Kim Kardashian is wearing it, you too could try.

And it is working for the brand because the social fashion brand has over 1.2M followers on Instagram and is shipping over 20,000 orders world over each day.

It is not what you know; it is who you know. Your network is your net worth. You can’t deny that. A tweet or even a post by one of the champions or pre-champions is sure to send sales surging for you.

Regardless, you won’t get pre-champions right out of the gate. You gotta hustle it! It may take some solid swag bombing sometimes. Be ready. There is nothing like free lunches in the world, and there is always some give and take involved.

I know these are just handful of tips. If you have any influencer marketing idea that could be seen as a counterintuitive strategy, go ahead and share them below.

Jennifer WarrenI am Jennifer Warren, a Content Crafter with GoodFirms, a research and review platform for mobile app development companies. I consider myself an opinionated writer with a big appetite for books, buzzwords, and boatloads of bouquets.