There are many politicians across the world on social media. As with all social users, some are more active than others, some are just well-liked, and some have brilliant strategies in place to reach their audience.

Engage and Grow Your Audience

You can see the politicians, the number of their followers, and our findings below: 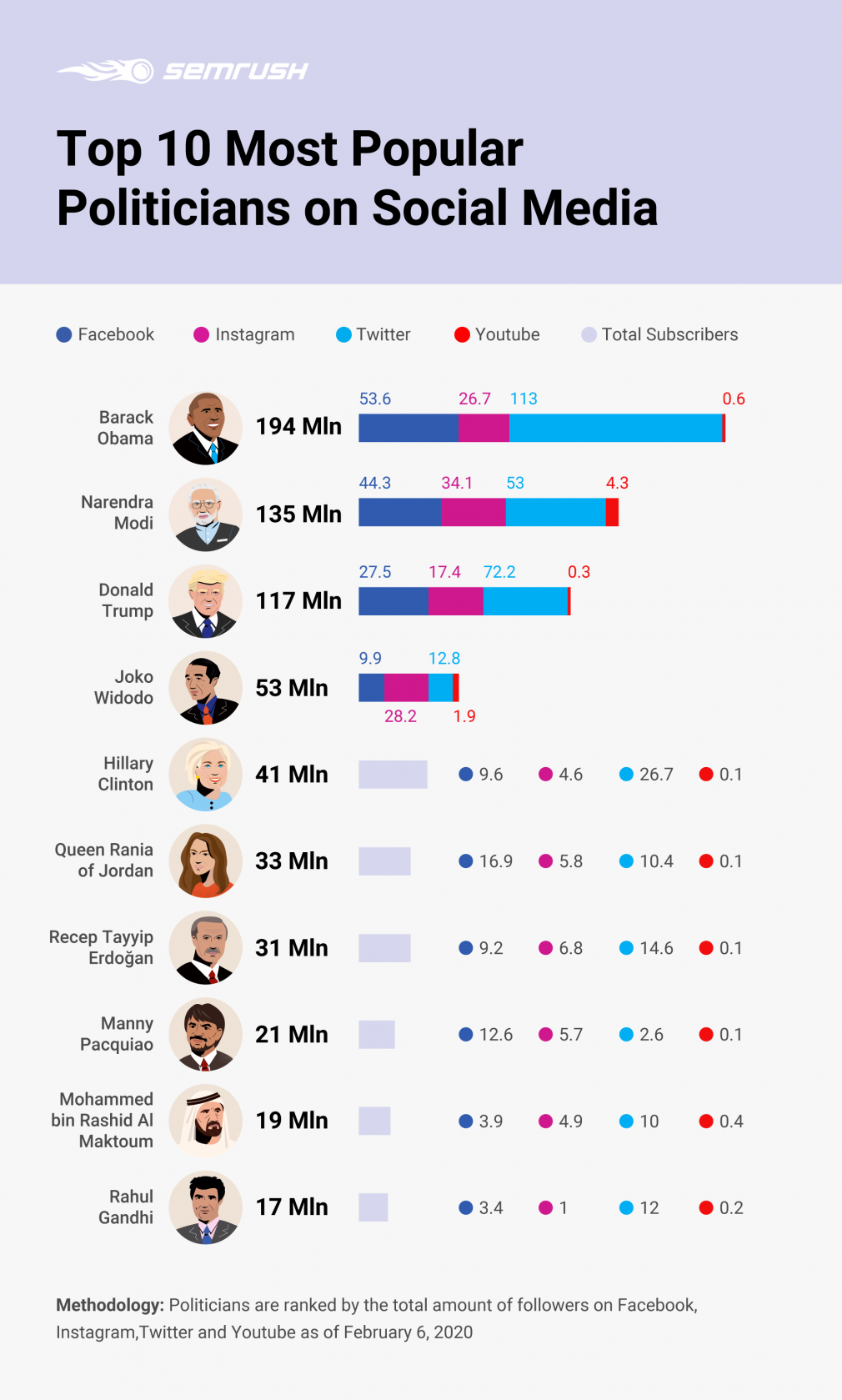 Key findings from the study:

Engage and Grow Your Audience

Jana GarankoJana is Head of PR at Semrush. Together with her team, she increased the brand awareness of SEMrush brand globally with curious facts and statistics all over the world. Crazy about data, even if she sleeps.
More about Data Studies
How to Make Google Web Stories [2021 Study]Semrush has created a comprehensive research study on Google Web Stories, analyzing 2,400 search results.

5 min read
Who Has the Best Backlink Database? Semrush vs. Competitors [Study]Semrush is constantly working on expanding its backlink database, so we decided to investigate the comparisons. After having run numerous internal tests to decide on the strongest backlink checker on the market, we’re now ready to share our first study with you.

6 min read
Traffic Growth Rankings for US Websites [Study]Semrush compared January 2020 vs. 2021 traffic stats for the US domains to see which websites were getting more traffic.