Welcome back to the Google News Digest. Once again, we are going to break down the latest news for Google Search, Google Ads, and Google Tools that have taken place in the last two weeks. Key updates include the release of SEO guidelines for AMP stories, changes to the performance requirements for the Google Partner Program, and Google’s removal of 600 apps as part of its ongoing ad fraud initiative.

SEMrush Sensor shows volatility has slowed down a bit — whew. ? We will see how long that lasts. 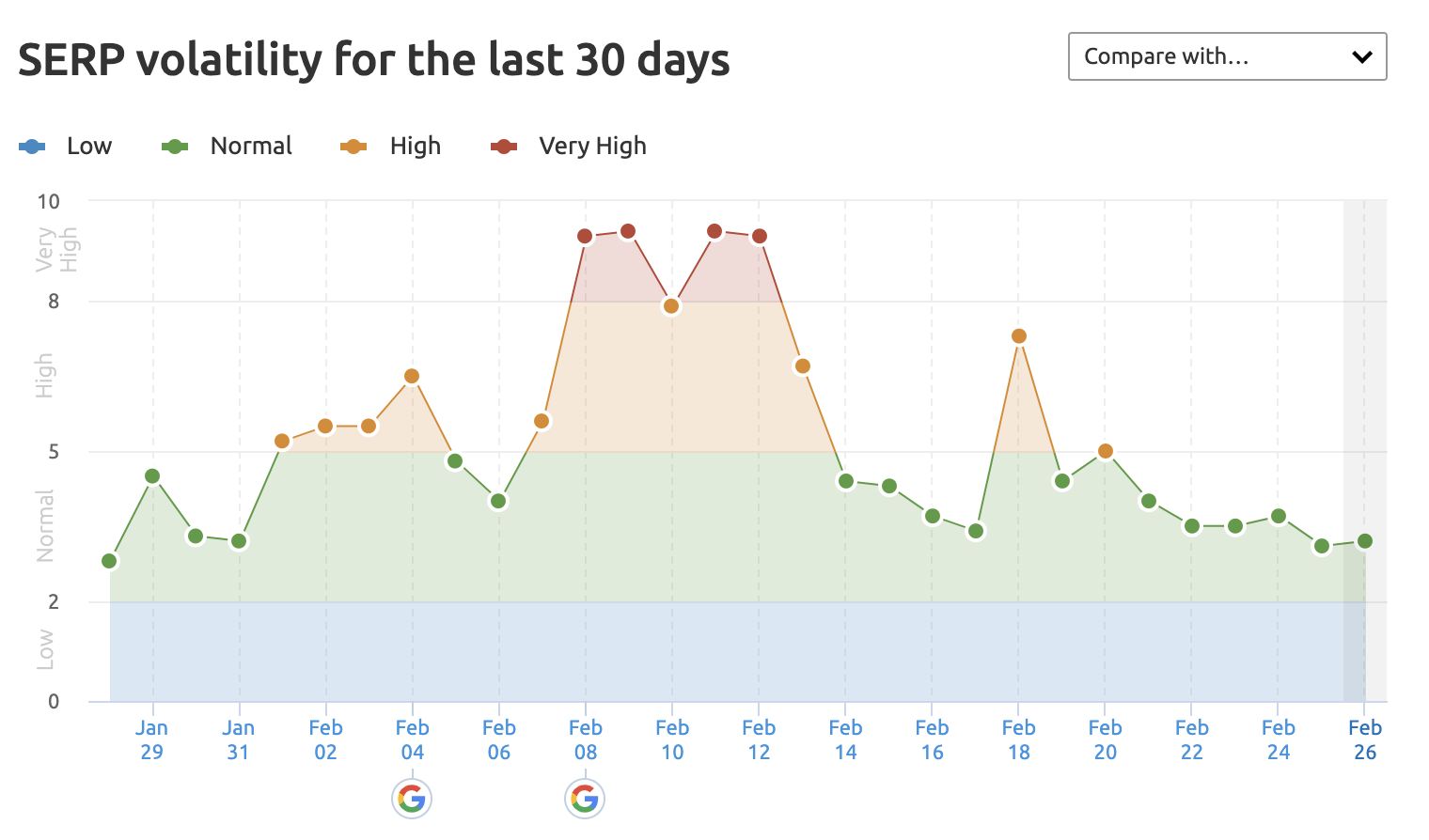 So let's get started with articles to learn from, and then move into all the latest information you need to know.

Articles to Learn From

Google has stated on Twitter that keywords in your Google My Business descriptions aren’t ‘guaranteed’ to play a role in rankings. This was after Google removed information from a Google My Business help document, which said it did, but then swiftly updated the page after many unhappy local SEOs said that relevant keywords had no impact. 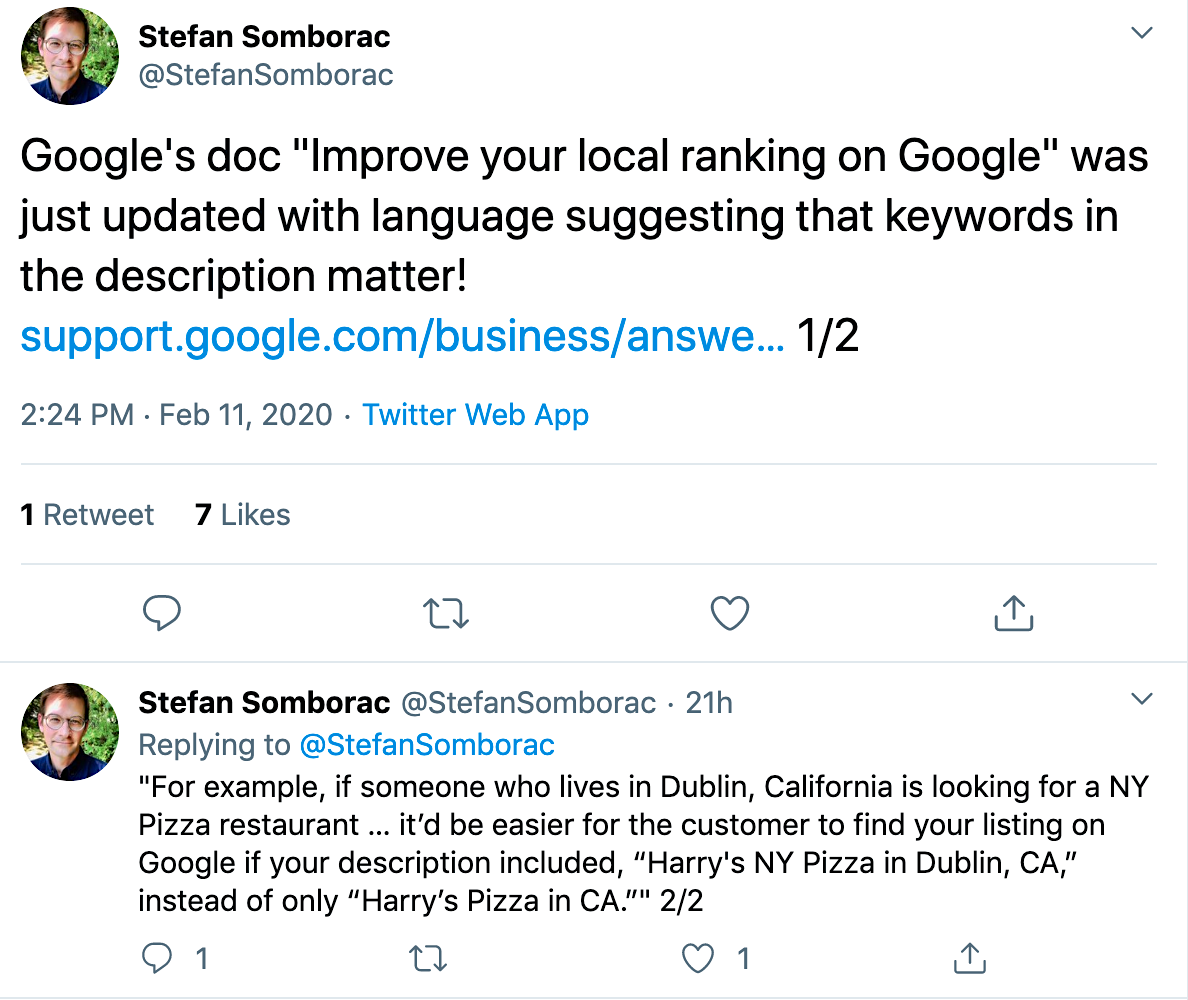 On February 13th, Google changed the document, removing the following sentence “Think about the words customers would type to find your business, and make sure that your listing actually includes those keywords within it.”

Since removing this sentence from the document, there has been an additional update from Google on Twitter:

Hi there! The information in question is accurate. While it's not guaranteed to improve the ranking, it could, depending on other factors, as well as information that is found online associated with the business. Send us a DM if you have any questions. Thanks! -Brad

Source: Google My Business: Keywords In Descriptions Don't Guarantee Ranking Improvement; But They Could.

Google is going to start beta testing a feature that allows websites to show licensing information about content that shows in Google Images.

Soon, we will begin beta testing a new way for sites to display licensing information about content that appears in Google Images. The new badging and license information display isn't live yet, but you can prepare your content for it now. Learn more: https://t.co/dPGAP2cM1t pic.twitter.com/yueftWRGwL

This includes how a user can use the image, which will be through a link to the image license on Image Viewer. While this license information display on Images is not available yet, it is possible for website owners to prepare for its arrival by providing metadata in advance to each licensable image on your website. You can do this by: 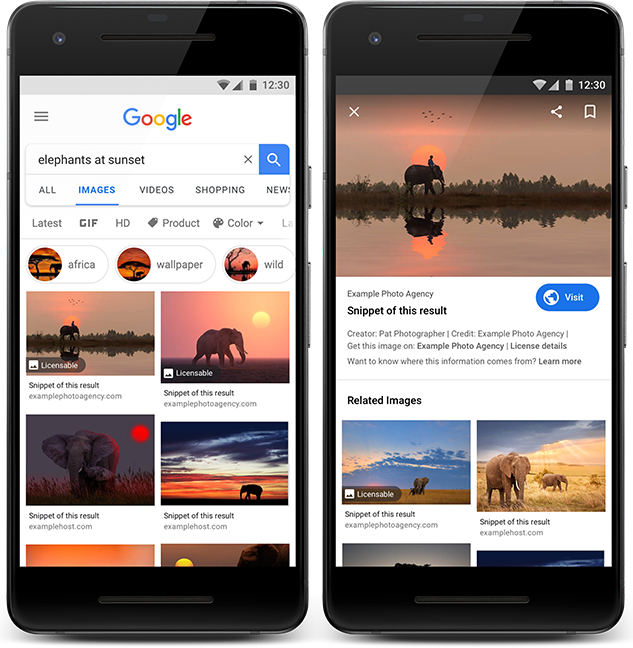 Recommendations regarding SEO for AMP stories have been released this month. AMP stories are much like the stories featured on Instagram and Facebook, but the major difference is that they can be indexed and appear on Google search results.

AMP stories are also web pages, linkable, have their own URL, and can link to other web pages too.

In terms of SEO for stories, users are advised to

"Do all the SEO things you would do for any other page on your website. If it helps rank your non-Story pages, it’ll probably help the Stories as well."

SEO recommendations for stories by the AMP Dev Blog:

Google will be updating image search results for photos on desktop later this week. According to the tweet, this update relates to images from a recipe, video, or product page — the icon displayed will indicate which of these the image is. The icon location will be where image dimensions were previously.

Danny also pointed out, it will still be possible for users to retrieve image dimension information by selecting the thumbnail when hovering over the image in the larger preview.

The brand-new #GooglePartners program is launching in June 2020, with a new Partner badge, more ways to stand out, and improved program benefits. Learn more ➡ https://t.co/2WjyZIvQRF pic.twitter.com/UOXT1tKoGU

Google will be making changes to the requirements to be considered for a Google Partners Badge status by the end of June 2020. The changes will also include the way your certifications count toward badge and company specialization status. Google provided the changes in a table for you to compare the differences between the current program and the upcoming program. 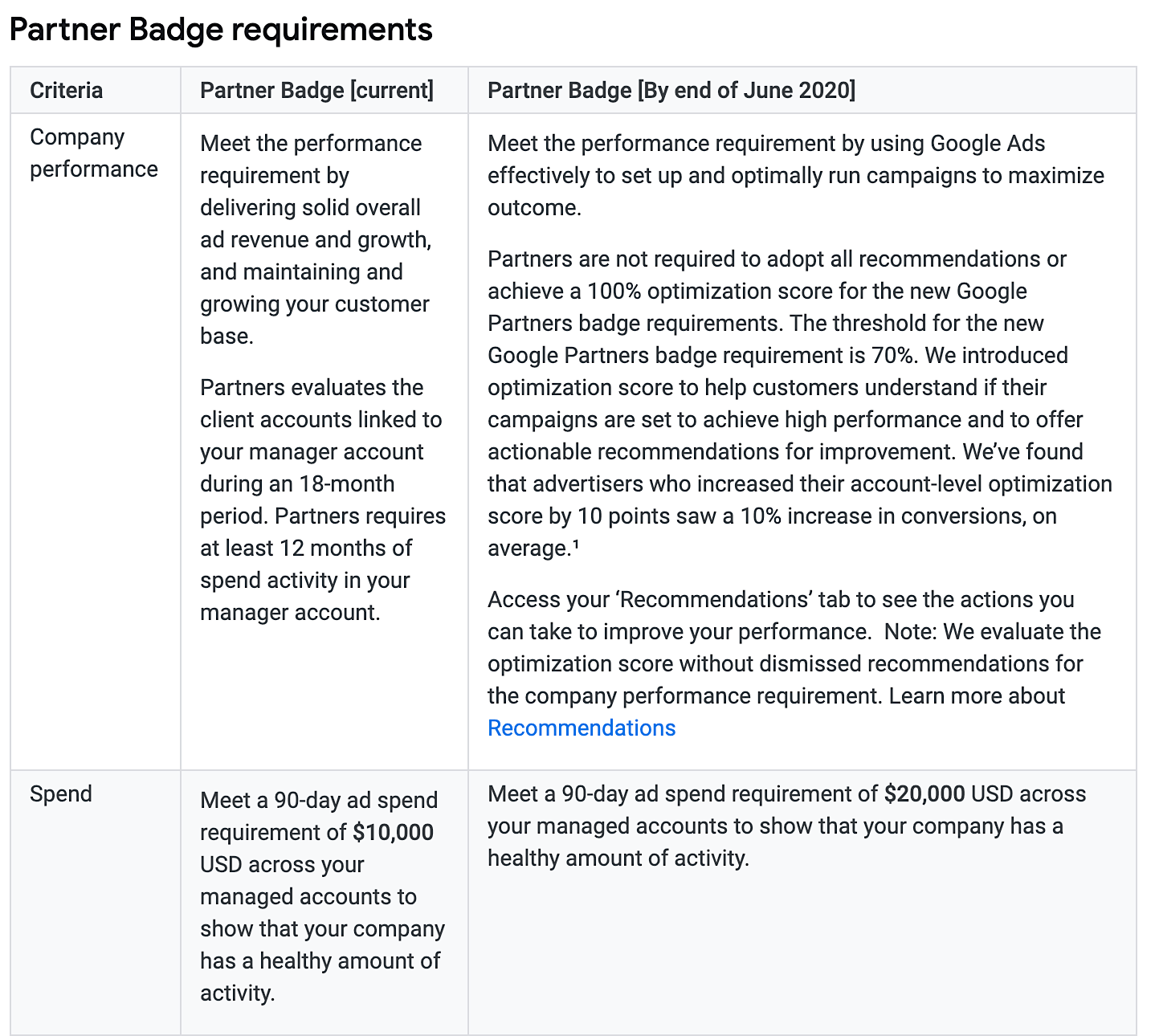 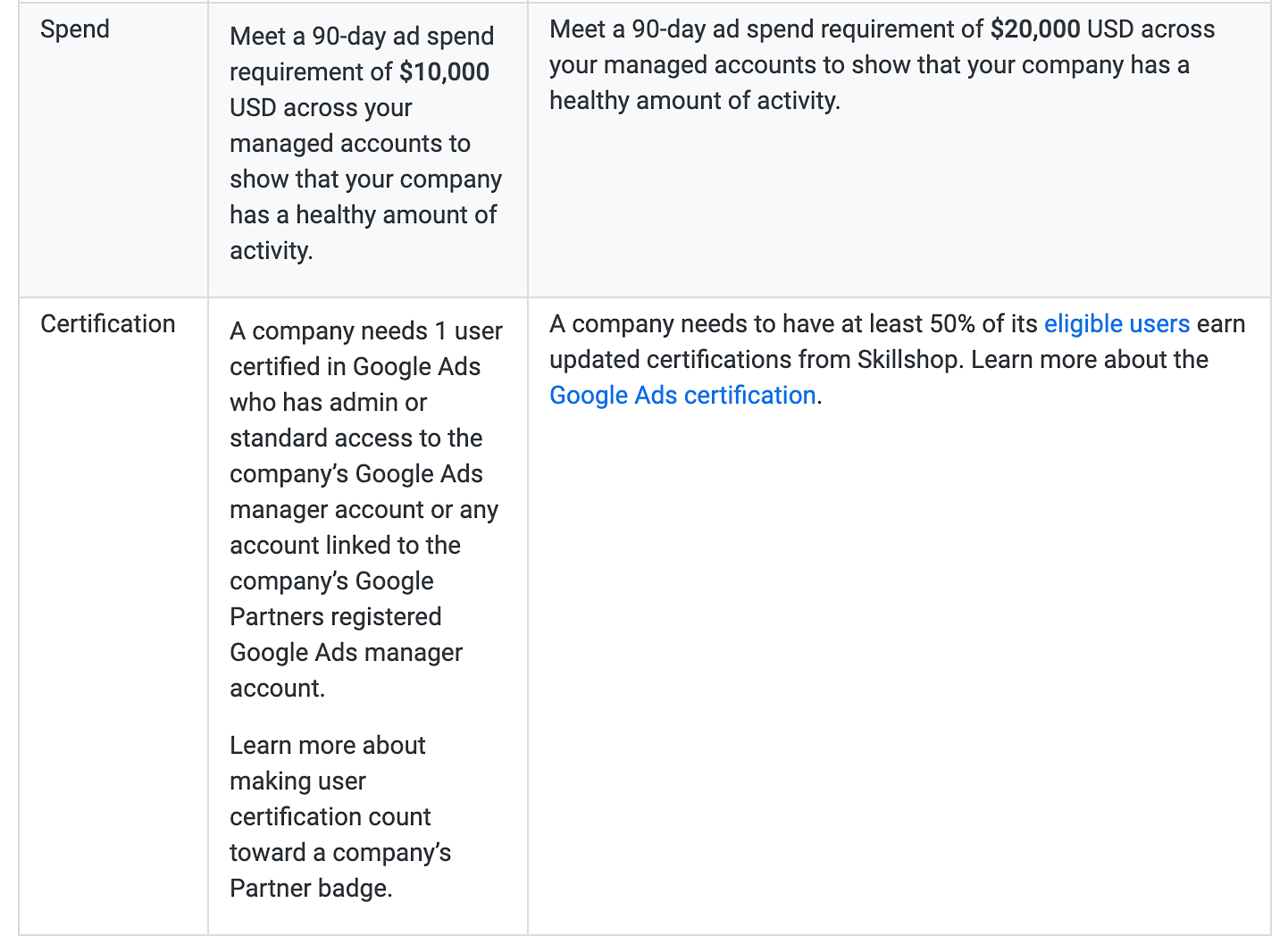 There was also the announcement of new badges, with businesses needing to first earn the New Partner badge. This is what they look like:

These announcements did not go over well with the industry: 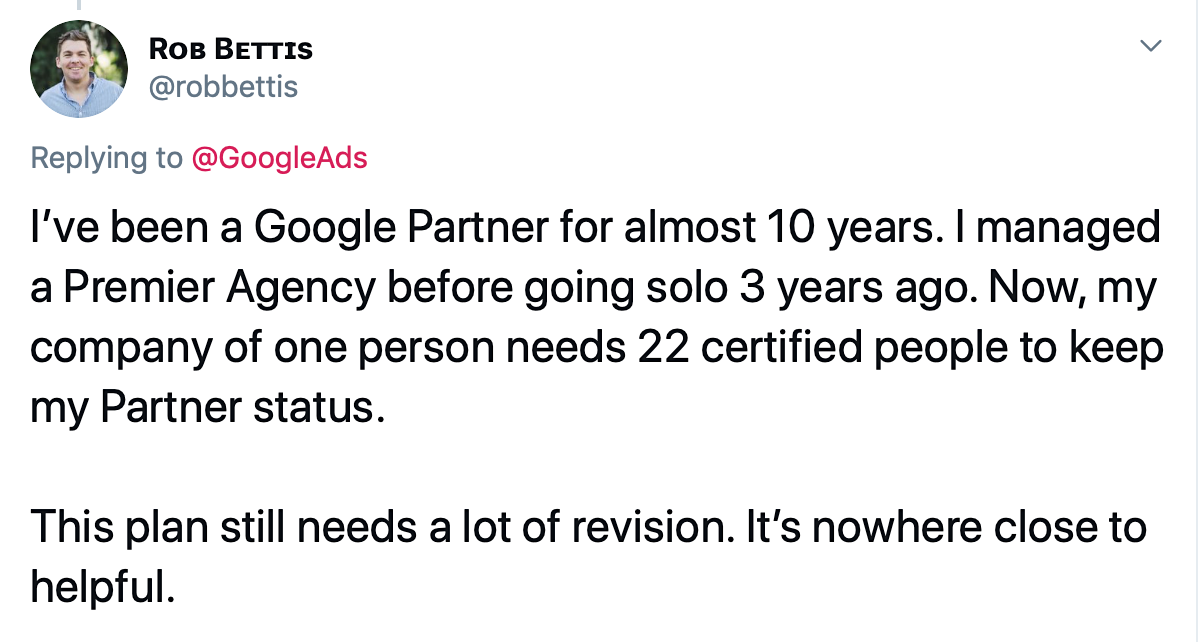 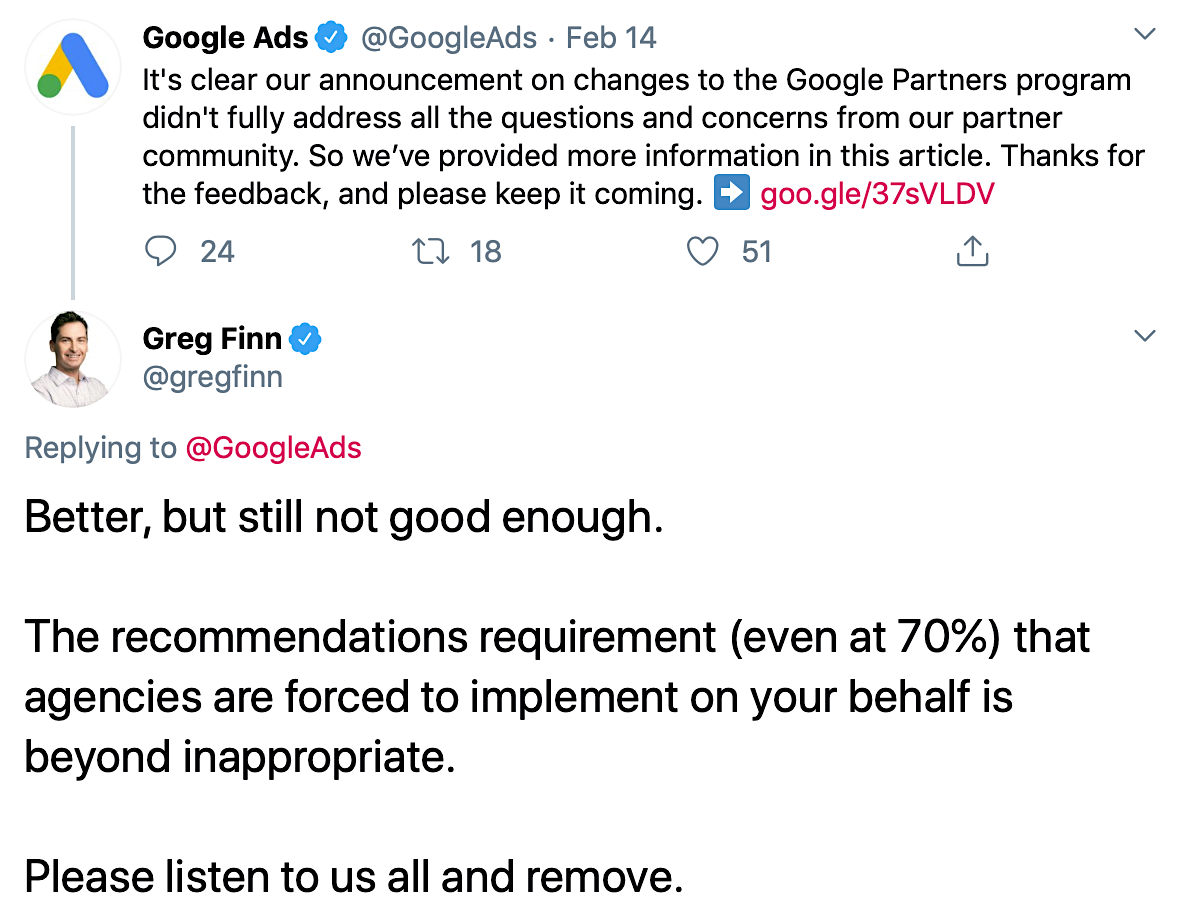 Source: How to earn the Google Partners badge

Sharing Remarketing Lists in Manager and Sub-Accounts Made Easier

Google Ads recently revealed that for remarketing lists, it will now be possible to set up continuous audience sharing in manager accounts. This means that the need to share them manually will no longer be necessary, making it a considerably quicker and easier process than before.

Below is a screenshot that shows how you can enable this feature:

Once set-up, remarketing lists created in your manager account will be automatically shared with existing and future sub-accounts, and you have control over which lists are active or not.

Google also announced that there would be another new feature with remarketing lists, the ability to share those created in sub-accounts with your manager account. This will become a feature in the coming months.

Source: Easily Share Remarketing Lists Across Your Manager and Sub-accounts

Google Ads has announced tweaks to the change history report to make it easier for users to understand the effect of campaign changes and their overall performance. Now, users can view changes that are annotated in the performance charts.

It is now possible for users to hover over markers in the performance chart of active campaigns to be able to investigate further and better identify the change needed for the campaign.

Google has revealed it has successfully removed around 600 apps for violating its disruptive ads policy and disallowed interstitial policy; this is part of Google’s continued efforts to tackle Mobile ad fraud and improve the user experience overall.

These apps have been removed not only from the Google Play store but also banned outright from Google Ad Manager and Google AdMob.

"...Ads that are displayed to users in unexpected ways, including impairing or interfering with the usability of device functions. While they can occur in-app, one form of disruptive ads we’ve seen on the rise is something we call out-of-context ads, which is when malicious developers serve ads on a mobile device when the user is not actually active in their app."

As previously mentioned in the update above, challenging ad fraud is something that Google has been doing to "Create a more diverse ecosystem of apps for people to enjoy." It has been an ongoing process for 20 years, and Google Ads recently announced the key initiatives it delivered on in 2019.

Alongside the removal of almost 600 apps, Google has:

Google has also announced its areas of focus in the coming months. This includes providing users with more control over their app experience and creating tools for app publishers so they can manage their compliance while reducing the potential risk of lost revenue.

A way to remove faulty links with the company Postmates on the Google local panel has been found. Users had previously reported this had been difficult to remove on the Google My Business dashboard.

The tool within Search Console enables site owners to tell Google when a website domain has moved to another, or when a site is moving to another subdomain.

This is what Twitter had to say about the news:

Yes, was able to fix an redirect that could not be fixed for 18 months! See the results in google already!

For more information on when to use this to, when not to use this tool, and to get step-by-step instructions on using the tool, visit Change of Address Tool.

Google’s Titan Security Keys, which provides the toughest account protection for users that may be more vulnerable to phishing attacks, will now be available in 10 countries.

Prior to February 18, 2020, the Titan Security Key bundle with USB-A/NFC and Bluetooth/USB/ NFC was available in Canada, UK, Japan, and France.

Google has announced the USB-C Titan Security Keys will also now be available in these locations, but also in the Google Stores in Germany, Italy, Spain, Austria, and Switzerland.

Security Keys are a feature of the Advanced Protection Program that is recommended for users who may consider themselves at a higher risk of targeted phishing attacks, bulk phishing attacks, or automated bots.

Using public-key cryptography to provide verification and supporting FIDO standards, they provide the strongest level of protection that is currently offered. 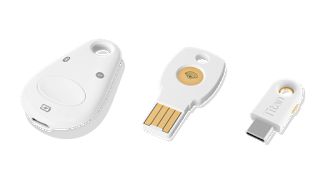 Google has revealed that it will be bringing augmented reality and Near Field Communications (NFC) to more users.

This is through Chrome 81 in beta available for Android, Linux, Mac, and Windows — it will include two new features created to support AR.

These are the WebXR Device API and additional support for the WebXR Hit Test API, designed to place objects within a real-world view. Web developers will now have an easier way to give AR to users without having to use native apps.

In terms of the Chrome 81 beta, adding web NFC (a wireless technology used to transfer small amounts of data), it means a web app can both read and write NFC tags.

You Can Now Upload Multiple Photos Or Videos To Google Posts

@caseyabryan and @MCreutzberger tweeted to Barry Schwartz about the ability to upload multiple images or videos when creating a post on Google My Business. Before, users were only able to add one photo or video at a time for each post.

Anyone else seeing the ability to add more than one photo to GMB Posts? Is this new? @rustybrick pic.twitter.com/s73oW4TuUe

Casey showed he had the ability to upload a maximum of ten images or videos at once when adding a new post.

I now have the ability to add up to 10 photos to my #GoogleMyBusiness posts - it’s new for me ?@rustybrick pic.twitter.com/bmjMXxuftE

How to Use Google Search Console to Improve AMP Implementation

In the video below, Daniel Waisberg goes over how to use the Google Search Console to improve your AMP implementation. He also gives a quick intro to AMP, explains why you should use it, breaks down how using it can benefit you in Google Search, and how to detect and fix issues with AMP through Search Console. 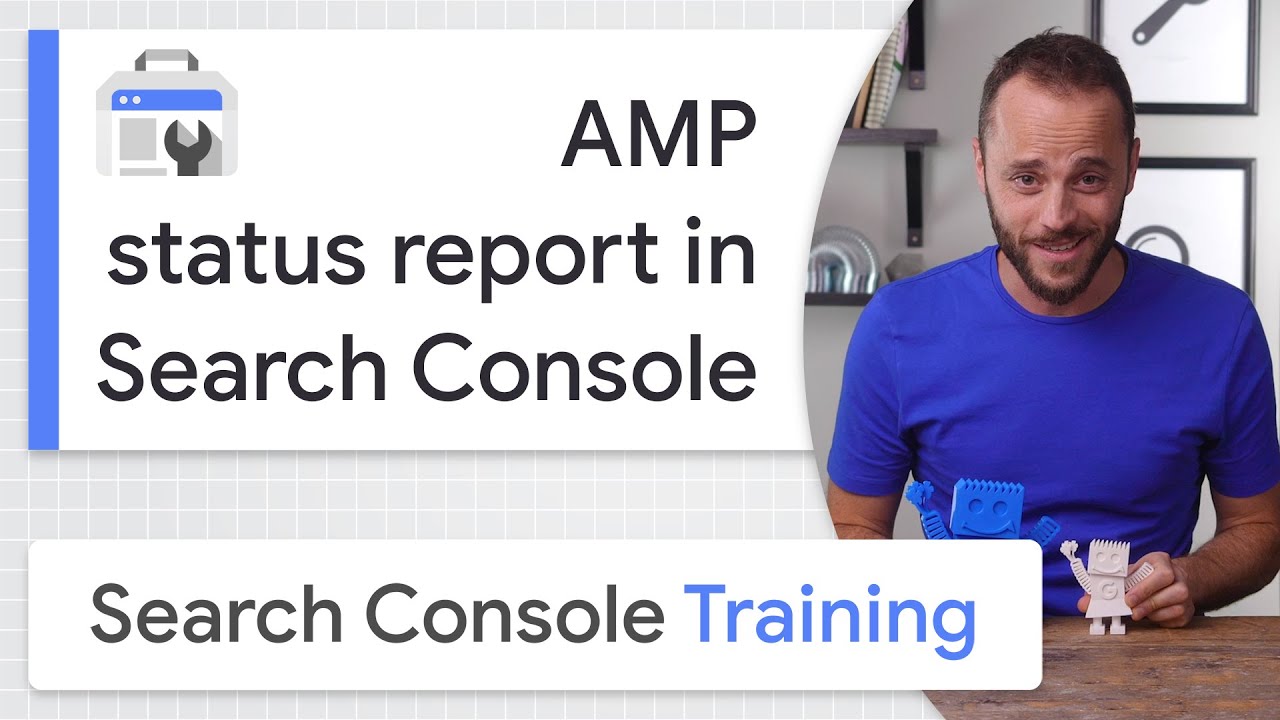 That is all for this week’s digest!

What are your thoughts on the latest digest from SEMrush? Do you have any questions or thoughts you’d like to share on the new updates or features we’ve spoken about? We’d be delighted to hear your opinions in the comments.