How Does SEMrush Check for Schema Markup?

When it comes to Schema markup and how SEMrush’s Site Audit checks for it, you must first understand how schema itself can be implemented as a markup.

Markups are made from standardized implementations known as syntaxes. There are three syntaxes which search engines will generally support (Microdata, JSON-LD, and microformats).

Schema.org can be implemented with Microdata and JSON-LD syntaxes. However, there may be a time when using SEMrush Site Audit and your statistics will show 0% under schema markup. 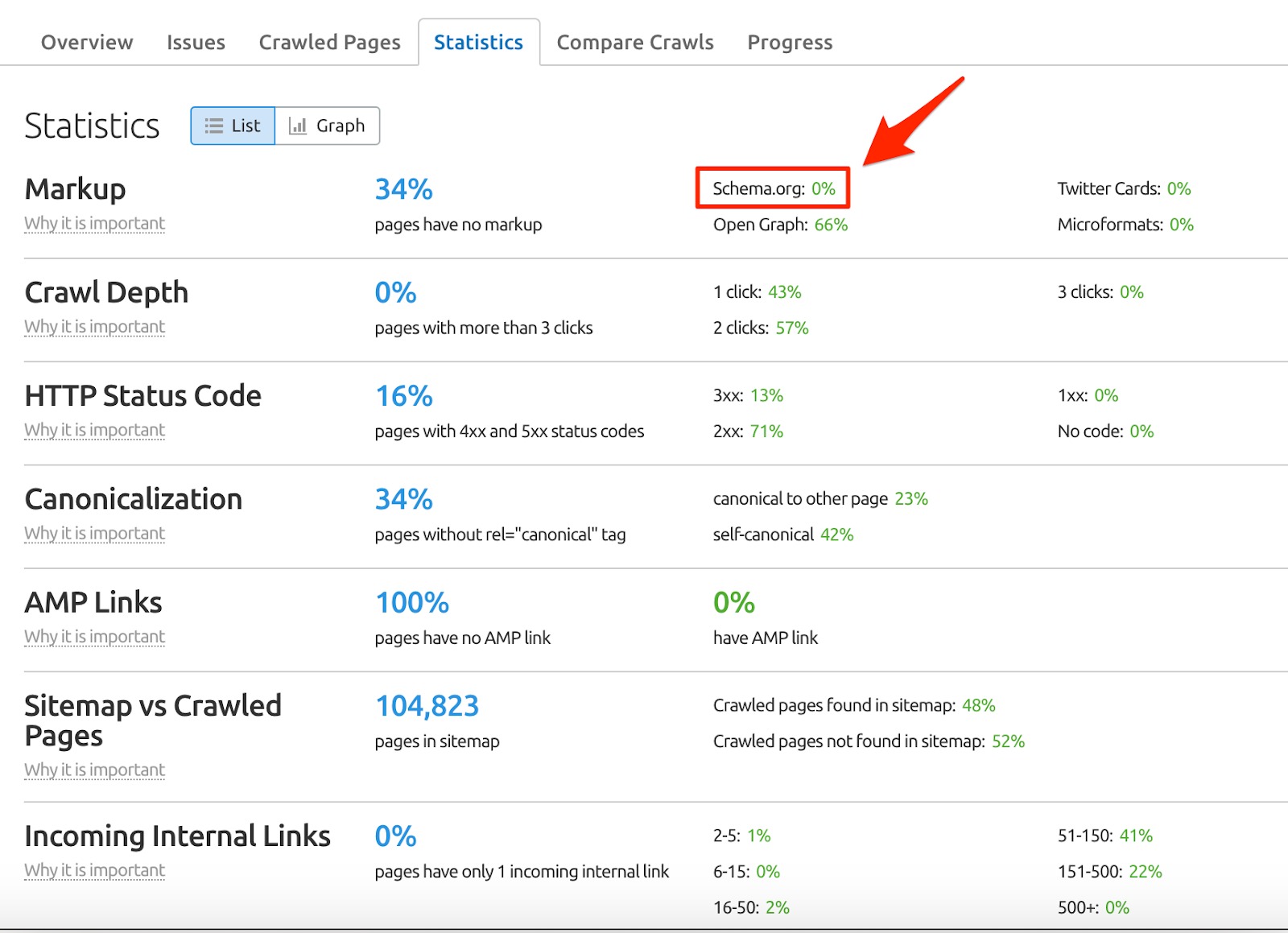 If you know you have schema markup on your site but are seeing this 0%, it is almost always because the schema markup is written in JSON-LD. This causes our bot to read this number as 0% since JSON-LD is javascript which our bot cannot currently detect.

As an alternative solution, we suggest using the Google Data Testing Tool because that is able to check for JSON-LD.