Guide to the Game of Thrones: Here’s What Fans Actually Think About It

Last two months were full of intrigues and surprises for "Game of Thrones" fans. SEMrush revealed the most interesting facts about one of the most popular series of the 21st century.

The study brought really interesting conclusions and it doesn’t matter if you are a core fan or have watched only some of its episodes — you’ll find a good deal of insights inside it:

What’s in the spotlight?

To figure out what draws people’s attention most these months, SEMrush compared search volumes of Donald Trump, Avengers: the Endgame movie and Game of Thrones TV series.

What’s your bet for the leader? Does politics stir up more buzz than TV series? 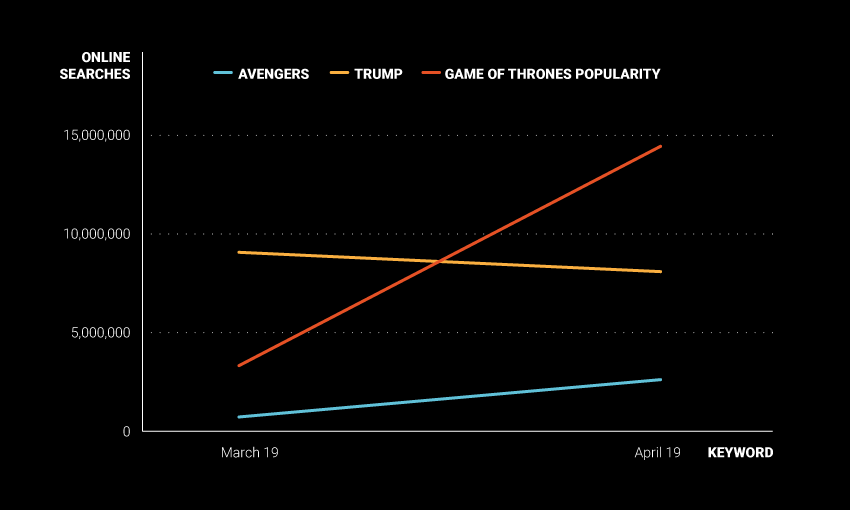 What questions are in fans' heads?

People ask lots of questions about Game of Thrones on Google, and we divided these questions into groups. “When will GoT start?” and similar questions top the list, with “How to watch GoT?” and “When GoT comes back?" ranking second and third.

* According to the amount of online searches divided by groups

When collecting the data on the most searched questions we came across some really funny searches about GoT characters, here are those which have met our eye the most: 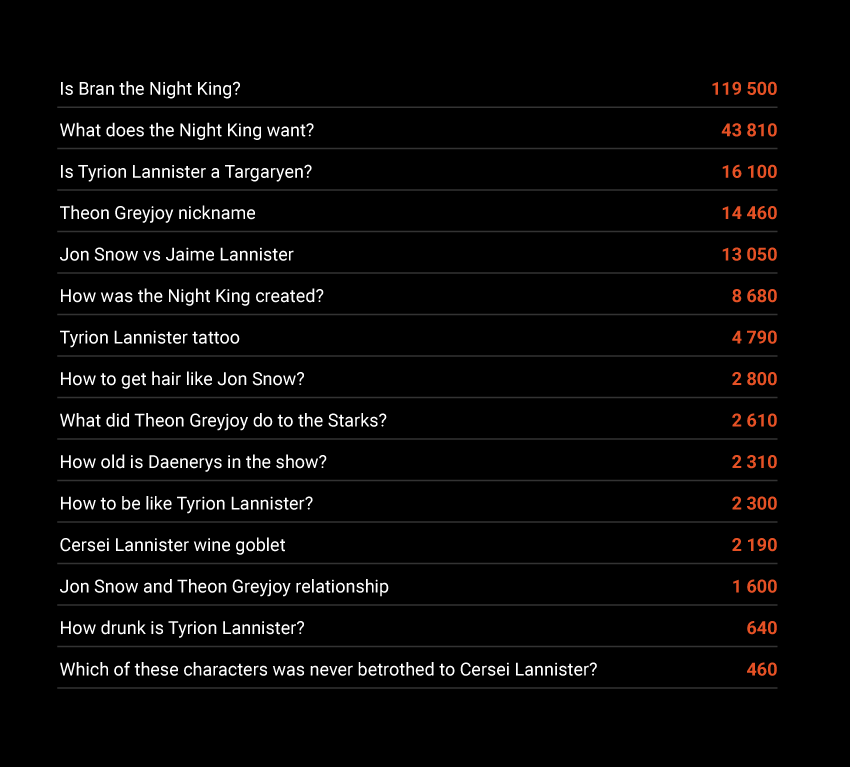 Who would you choose as an heir to the Iron Throne?

People also wondered who will be the heir to the Iron Throne. Among the characters mentioned alongside “iron throne” on Twitter, Jon Snow was the most popular, with Daenerys Targaryen lagging not far behind. Sansa and Arya Stark are ranking third and fourth.

How positive are people about the last season's episodes?

By conducting Twitter sentiment analysis we managed to find out how positive or negative people are about each episode. According to the share of negative vs. positive mentions, the fifth episode was the most controversial. It's also notable that people were rather neutral to the new episodes. The most popular emojis used in tweets about GoT were 😍, 😱and 😭. 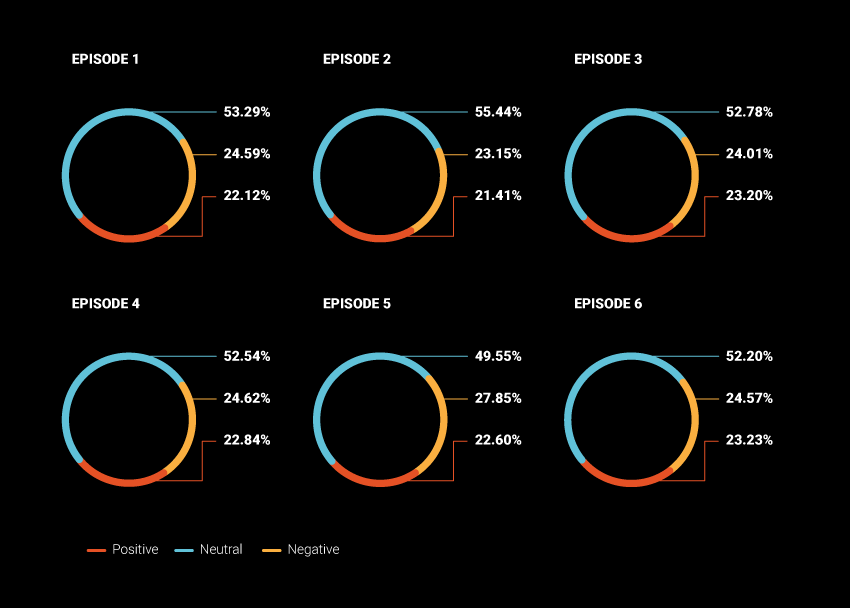 SEMrush is an online visibility management and content marketing SaaS platform that ensures businesses get measurable results from online marketing. Trusted by more than 4,000,000 marketing professionals, SEMrush offers insights and solutions for companies in any industry to build, manage, and measure campaigns across all marketing channels.

If you are interested in other studies or need exclusive data, drop us a line at pr@semrush.com

If you are interested in marketing insights and studies, visit